‘Civilization’ by the famous academician, historian, Harvard professor, Niall Ferguson, whose original professional training is in the field of Financial History, gives an account of European mainstream History for the past five centuries and how this history has shaped the Rest of the World’s history. The book attempts to explain the underlying reasons for the West’s dominance of the ‘Rest’ for the past 500 years. In the 15th Century China and India were thriving countries and world superpowers controlling a big portion of global commerce, by contrast Europe was a poor and ugly place marked by widespread prevalence of diseases and famines, where average life expectancy was very low, and which was highly fragmented into numerous smaller countries that were in a state of constant war among themselves. What then changed that made this Europe go onto control the rest of the world for the next 500 years? This is the question that the book attempts to answer.

Niall mentions that the Western Civilization possessed some inherent advantages that placed it well to dominate the rest of the world. Some of these advantages weren’t entirely unique to the West, but the West come to adopt all them together thus giving them a huge upside over the rest. These advantages or ‘Killer Apps’ as Niall calls them were six in total and these formed what is called as the Western Civilization.  The definition of ‘Civilization’ as we popularly understand is clarified to be more about West’s Political, Religious, and Economic systems than for instance about its Renaissance Art. It is this Civilization that the West possessed and others didn’t and which was in due course used to Colonize and Civilize the rest of the world.

The six ‘Killer Apps’ are, ‘Competition’, ‘Science’, ‘Property Rights’, ‘Medicine’, ‘Consumers’, and ‘Work Ethics’. There was intense ‘Competition’ between the various European countries to get ahead of others, but equally there was internal competition among the various states, all of this lead to constant improvement and overall superior position of Europe compared to the rest. The period was marked by such numerous ‘Scientific Innovation’ that it is unparalleled in history. The possibility for commoners to own a piece of land or in other words to have Property Rights gave Europe its next advantage. The invention of ‘Modern Medicine’ helped cure not just the European society but also their colonies, thereby getting a control over them. The ‘Consumerist Society’ of Europe provided a big market for products coming from its various companies thereby building a Capitalistic society and giving it a monetary advantage. Finally, Christian Protestant practice provided a robust framework of ‘Work Ethics’ that gave it productivity and efficiency over others.

The book then highlights how the ‘West’ has given away its advantages and is therefore losing to the ‘Rest’ who are applying these Western principles to get better of the West. The book ends by saying that the situation could be reversed if the West went back to diligently using these six ‘Killer Apps’ once again.

The biggest challenge to its theory is the assumption that the Western Civilization is better than the Rest. The book never attempts to address the fact as to the whether the other civilizations would have been better off without western occupation. It completely sidesteps the moral questions that arise in the wake of subjugation of one civilization by the other. Furthermore, arguments for ‘Modern Medicine’ and ‘Protestant Practice’ being Western advantages don’t seem strong. The book often brings in extraneous information that doesn’t necessarily add to the arguments, though it makes it interesting. All said the book doesn’t have a dull moment and is highly informative, and despite its painstaking and wide ranging research doesn’t feel like a heavy history work, but rather makes for a very easy and gripping read even to those who have very little appetite for history.

Niall Campbell Douglas Ferguson is a British historian from Scotland. He is the Laurence A. Tisch Professor of History at Harvard University.

This book is available in many convenient formats. So go ahead and read it! 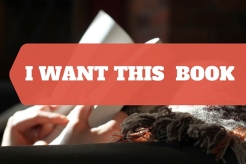 Civilization: The West and the Rest

Looking for a book!